Skip to content
Home » The 11 Most Beautiful Places to Visit in Piedmont, Italy

The 11 Most Beautiful Places to Visit in Piedmont, Italy

Piedmont is the second largest region in Italy and yet it is usually overlooked when planning a trip. But little do most people know that this region in the northeast of the country has lots of beautiful places to visit.

There are un-countable picturesque villages, historic places, and cities, monumental buildings and fortresses, as well as stunning and beautiful nature. For the protection of nature and culture, there are 2 national parks, 77 regional parks, nature reserves, and 7 special reserves for the protection of sacred mountains in Piedmont.

Disclaimer: Below may contain affiliate links, where I make a small commission. I only recommend products that I use and love at no cost to you.

Here you can find an overview of the most beautiful places in Piedmont.

Turin is the capital of Piedmont and the cultural center of the region. It is often overshadowed by the nearby fashion city of Milan. From the former industrial city, it has transformed and now offers a variety of interesting museums such as the most important film museum in the country or the Egyptian Museum, with the largest collection of Egyptian artifacts outside Egypt.

The historic city center can be explored on foot and has one of the largest squares and the largest open-air market in Europe.

Also, the royal family of Savoy has left many beautiful castles and palaces such as the Royal Palace and Palazzo Madama, both located in Piazza Castello. The famous and controversial Shroud of Turin is located in the Cathedral. For devout Christians, this is probably the most important relic of all, because it is said to be the original burial shroud of Jesus Christ.

Less than 2 hours northeast of Turin lays the beautiful, large Lake Maggiore. The northern part belongs to Switzerland, the right shore to the Lombardy region, and the mountainous left shore to Piedmont. The 2nd largest lake in Italy stretches over a width of up to 10 kilometers and a length of almost 65 kilometers.

Among the most popular places on the lake is the beautiful village of Stresa with its palaces from the “Belle Epoque” of the 19th century. Easily visible from the village and reachable by boat are the Borromean islands, first of all, Isola Bella with the world-famous unique garden of the great Palazzo Borromeo.

A little further north along the lakeshore is Verbania. Here is one of the most impressive botanical gardens. Cannobio, just before the Swiss border, is a picturesque town with many alleys, stairways, and archways and with one of the largest beaches on Lago Maggiore.

High above the entrance to the Susa Valley, 30 minutes from Turin, the imposing monastery of Sacra di San Michele is perched on Monte Pirchiriano (962m). It is said to have inspired Umberto Eco to write his world-famous novel “The Name of the Rose”.

Gran Paradiso National Park was founded in 1922, as the first national park in Italy. Its 70,000 hectares cover the high mountains of the regions of Piedmont and Aosta. The Ibex is the symbol of the park and is often seen while hiking in this region.

Also, marmots, chamois, and golden eagles are among the inhabitants of this unique habitat. A paradise for hikers and outdoor lovers in the northwest of Piedmont.

The largest fortress in Europe shoots the passage of the Val Chisone about 40 Minutes west of Turin. Actually, the fortress complex consists of three fortresses connected by a tunnel.

In this tunnel runs the longest covered staircase in Europe with almost 4000 steps. Those cover the stretch from the lowest point of the imposing structure at 1100m to the highest point, at 1800m, almost 700 meters of altitude.

The Val Grande National Park is not only one of the last, but also one of the largest natural paradises in Europe. With an area of about 15000 hectares, it is the largest wilderness reserve in Italy and in the entire Alpine region. Located deep in the Piedmont hinterland of the Lago Maggiore, wilderness in the Val Grande is synonymous with now abandoned places, without roads, without permanent or seasonal settlements.

Nature is slowly reclaiming its space here. This unique nature reserve is so solitary that cell phone reception is almost only available on the ridge tops. That National Park is a great adventure for hikers who know their way around without signposts and often without real paths to follow.

Residences of the Saroyan Royal Family

The Savoyan family ruled over large parts of the region that is now Piedmont for centuries. During this period, a system of castles and palaces were built in and around Turin between the 16th and 19th centuries serving mainly at the family’s pleasure of hunting and celebrations.

The most impressive is the Venaria Reale Palace, the second-largest castle in Italy. Located just 15 minutes northwest of Turin, the complex includes the palace, the 60-hectare palace park, a village formerly laid out for the palace servants, and the 3,000-hectare Parco della Mandria, once the royal hunting grounds, now a nature and wildlife park.

The Monviso also called “King of Stone” is a mountain in the west of Piedmont, close to the French border. It has an altitude of 3841m., making it the southernmost peak of the Alps, over 3500 meters in altitude. Since 2013 it is on the UNESCO World Heritage list with its special ecosystem and endemic animal species.

The region is famous for its outstanding hiking and is a favorite excursion spot for Italians. This is because the source of Italy’s longest river, and is located at Piano del Re, at the foothills of Monviso.

The diverse municipality of Vinadio is located in the middle of the Valle Stura, in the Province of Cuneo, in the southwest of the region. The main town, Vinadio, is part of one of the most important fortified complexes in Piedmont. Not far from this historic place are the caves of Aisone, an archaeological site dating back to the Neolithic Age. However, the main attraction is the sanctuary of Sant’Anna di Vinadio, the highest sanctuary in Europe.

At over 2000m, it towers high above the valley, just before the border with France. Pilgrims have been passing through here for centuries. Today, its visitors also consist of hikers who make excursions to the surrounding Maritime Alps and enjoy the beautiful nature with its many, blue mountain lakes.

Colle di Tenda is an Italian-French border pass at 1871m in southern Piedmont. How important the Colle di Tenda once was is clearly visible by the 6 fortresses of the Italian military from the 19th century.

Today abandoned and accessible to everyone, this border region offers outstanding hikes along the old military roads. This well-developed network of gravel roads is especially popular with off-roaders and mountain bikers, as it reaches all the way to the Mediterranean Sea.

The beautiful hilly landscape of Langhe Monferrato Roero has long ceased to be an insider tip. The green heart of Piedmont is located southeast of Turin and was recognized as a UNESCO World Heritage Site in 2014.

The area is known and loved for its hills covered with vineyards, small villages surrounded by fields, medieval churches, castles, and scents of wine, truffles, and chestnuts.

The best red wine in Italy comes from its small village Barolo and truffle lovers come from all over the world in autumn for the unique white truffle of Alba.

But you don’t have to be a gourmet to love this region. The rolling hills are dotted with castles, churches, monasteries, sanctuaries, and sacred mountains.

Particularly beautiful is the Sacred Mountain of Sacro Monte di Crea consisting of a basilica, 23 chapels, and 5 hermitages arranged on a wooded hill. Another highlight is Grinzane Cavour, a count’s castle surrounded by vineyards, or the village of Monforte d’Alba, which winds up a hill and has on its top a castle with a small amphitheater.

If you are looking at an Italian region that still is a little bit of a hidden gem, you have to visit Piedmont. It offers lots of historical sites, buildings, villages, and cities and is surrounded by beautiful nature and high mountain peaks.

Guest Post Written by Linda from Hiking The Alps 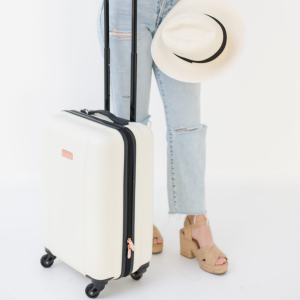 The Most Beautiful Places to Visit in Ohio

The Top Things to do in Denver for Nature Lovers

The 10 Most Beautiful Places to Visit in Texas

The Most Beautiful Places to Visit in Arizona

Welcome to Be Blissful Travel! We are B & E, two travel girls from the USA. 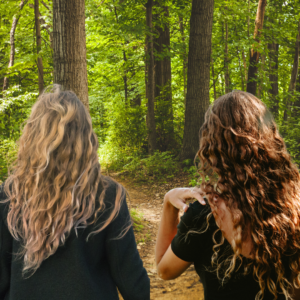